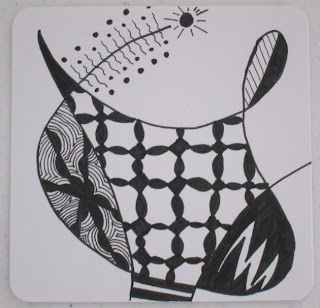 Challenge #22 – A Little Help From My Friends

I had my husband help me with this. I explained what a string was and showed him examples and on his first attempt he drew a minion from the movie Despicable Me. Unfortunately I forgot to take a picture of it before I started working on it. 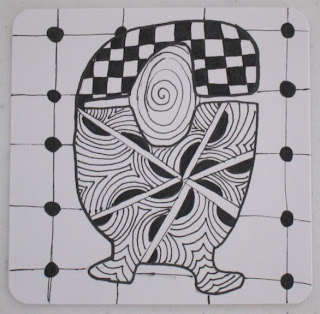 So I then explained it to him again and showed him more examples so he did this on his second attempt.  I started working on it and realized I hadn’t taken a picture of it so I stopped to do that. 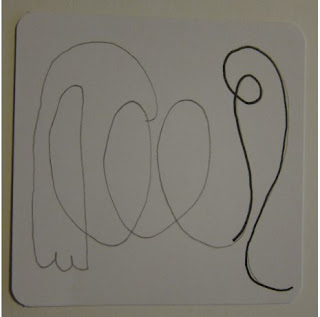 Here is the finished tile. 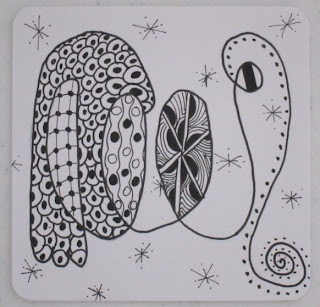 After my husband helped me with the last challenge he came over and asked if he could help again.  He read part of this challenge and saw that it mentioned rolling a dice for tangles so he got a 20 sided dice from his dice bag so I could do the same thing.  All of the tangles but 1 were new to me.  I had to do the following tangles, Fescu, Flux, Hollibaugh, Mist, Nightsbridge, Pokeroot and Scoodle. Most were not too bad to do but I had a little trouble with flux. 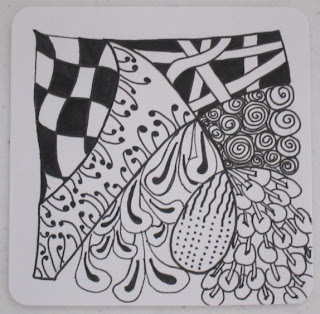 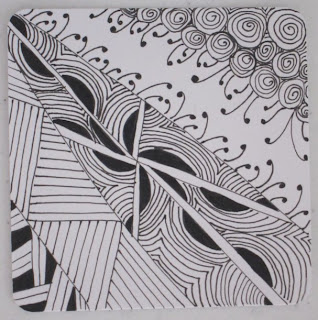 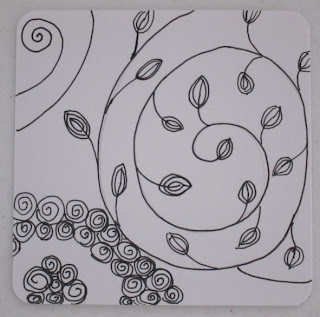 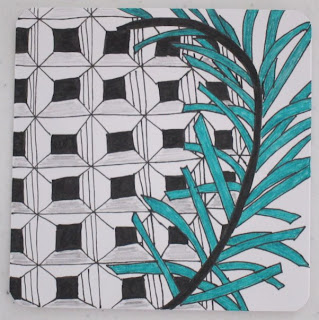